Considering an investment into the Brisbane property market but don’t know where to start? 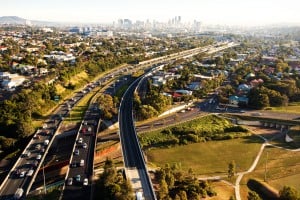 Standby… I am open to open the vault and let out some of the secrets of my, close to two decades of experience buying property in Brisbane.

Whether you are looking to a higher end purchase or a beginning investor, these are the suburbs that are set to take advantage of the changing face of Brisbane.

In addition, while growth is on the mind of every investor, importantly these locations are also recession proof.

They are close to major employment hubs, incomes are rising where others are stagnant and they have bullet proof school catchments and public transport / infrastructure.

Inner City. Budget of $1mil plus…

When they said property is as safe as houses, they were probably thinking about this suburb.

Incredible inner city suburb that has all the ingredients for a bulletproof investment.

Smack bang in the middle of our two largest (and rapidly expanding) employment hubs, the CBD and the Airport precinct.While apartments have taken a back seat due to nearby oversupply issues, houses continue to go from strength to strength.

Another suburb with an iconic café strip, strong school catchment and an easy train or ferry ride into the CBD.

A few big announcements here involving infrastructure and the Cross River Rail, have this pocket primed for growth.

For more upside, ensure you understand the new boundary realignments to ensure you get into the catchment for the best State School in Brisbane and with elevated areas, sweeping views of the City are in high demand.

This suburb already has a real community spirit with a very strong school catchment and café strip that locals flock too.

This suburb has really gentrified over the last few years with old workers cottages, replaced with bigger, modern contemporary homes.

Include a railway stop and a new Northern Busway, it is primed to take advantage of the Brisbane Airport expansion.

Another suburb with a strong family feel, bought on by the Wellers Hill school catchment.

The suburb also has excellent infrastructure with a swift commute to the CBD via Pacific Motorway or access via bus at the Holland Park Busway for professionals.

Future growth is assured as the City continues to develop. 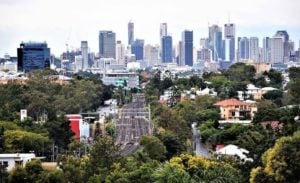 Perfect for young families where this demographic sets up camp, close to nearby iconic schools, public transform and entertainment precincts.

Also on the doorstep of Universities that set the next generation up to repeat the process again… and again. Very tightly held.

Has been an overlooked suburb in past years.

Younger families are starting to be priced out of nearby suburbs and are turning to Cannon Hill for what is has to offer.

Good schools, a train line and a gentrification of shopping centres and older homes. This offers the best value in Brisbane middle ring.

With Chermside itself starting to ramp up as a north side mini CBD, Chermside West offers families all the benefits without all the hustle and bustle.

Add to that two major Hospitals and a strong school catchment, you start to understand that it has strong investment credentials. 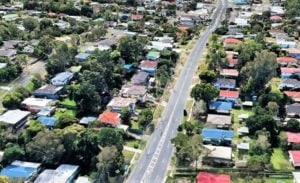 Just over the hill from big brother Stafford, this suburb is really starting to hit the radars of families and investors alike.

With a number of retirees moving on and government housing hitting the open market, professional couples and families are starting to take over and really put some money into the area, spending up big on their homes and transforming the area.

Once of the most sought after pockets in the south eastern suburbs of Brisbane thanks to good infrastructure and high demand school catchments.

Will also benefit greatly from the commercial and retail expansion of Mt Gravatt, but tucked away in a more family friendly environment.

Arguably the most value of any Brisbane suburb, with a strong community feel and still very low key.

This suburb will soon awaken thanks to a number of train stations and the fact there will be close to 500,000 cars on Brisbane’s roads over the next decade, demand will be rising sharply. 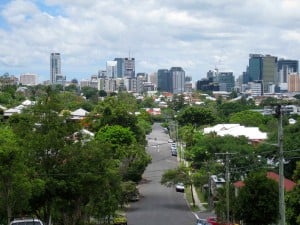 With leading Economists tipping capital growth in Brisbane of up to 20% over the next 3 years, it is imperative you give yourself the best chance by selecting the right suburbs.

Brisbane does not have the urban sprawl of bigger capital like Sydney and Melbourne, so you should stick within selected suburbs out to 10km from the Brisbane CBD.

With some Economic turmoil still on the horizon, it would also be prudent to be prepared and lower your risks should a downturn occur.

Savvy investors understand it is more a case of “when, not if” there is an Economic downturn and prepare accordingly.

They understand and are prepared to wait out 1 – 2 year market correction.

Unfortunately, it is the rookie investors that are caught out chasing hotspots and cashflow, where suburbs could easily lose 20 – 30% of their value.

Play it safe and listen to a professional, these are the suburbs that will fair best in Brisbane over the next few years.